The ALP’s Parental leave scheme, enacted by the Paid Parental Leave Act 2010 (Cth), was the result of a 585 page report from the Productivity Commission.  It was not a perfect policy by anyone’s standards, but it was a measured and considered enactment.   It has brought us a little closer to current international standards in government funded paid parental leave – albeit at the minimum wage for only 18 weeks.

In contrast, the Coalition’s Fairer Paid Parental Leave Bill 2015 (Cth)  looks like it was devised in 585 seconds.  After promising to improve the scheme, the government decided instead to cut $970 million from it.  The party claim the amendments are designed to reduce ‘double-dipping’, a phrase obviously chosen to stir up the public’s collective loathing for welfare cheats. Hopefully, this would distract the electorate from noticing the biggest election platform back-flip in living memory.

I am not even going to address the obvious social benefits of maintaining a paid public parental leave scheme – health of the newborn, maternal welfare, benefits to family, gender equality, shaping positive societal norms etc.  We can presume those benefits to be true, and equally presume that the current administration are not particularly interested in stuff like that.  It’s not a great surprise.

What is surprising and disturbing about the policy is the serious economic and logical flaws.  The economic savings are premised on an adjustment that will be made on PPL for those parents who have a private PPL entitlement.   The adjustment will be equal to the amount of the private entitlement.  If the private entitlement exceeds the public PPL scheme, then the scheme will not be available at all.  Preventing this ‘double dipping’, is supposedly going to deliver us a saving of $970 million. Is it really that easy?

PPL is not a welfare payment 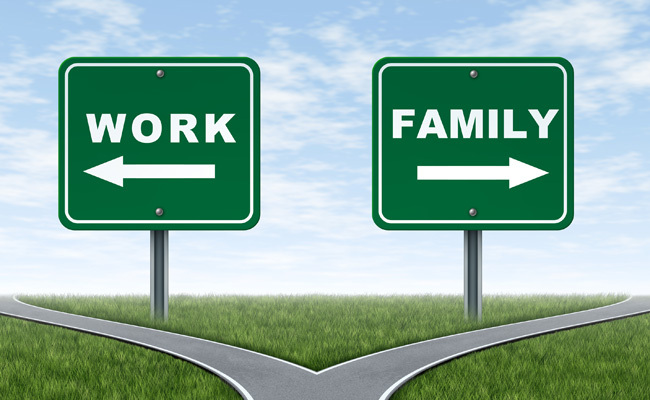 Paid Parental Leave (‘PPL’) is not intended as a welfare payment.  It is the opposite, it is an anti-welfare payment.  One of the prime purposes of a Paid Parental Leave scheme is maintain and boost Labour Force participation.  This has become an economic imperative.  For women aged 25-34, workplace participation has increased from 51 to 74 percent in the last 30 years.  Property values have grown significantly faster than income, and Australia now has the third highest property to income ratio in the world.  Subsequently, more families are relying on dual incomes to pay property mortgages or to manage rent.  Maintaining labour force participation is essential, and long term a PPL scheme results in an aggregate increase of six months of employment over the lifetime of most females.   This benefit is not just in allowing employed mothers to return to work, but in encouraging women to engage in employment prior to planning a family.

Put another way, providing 18 weeks of PPL, can potentially be offset by millions of dollars of savings in Family Tax Benefit A or B payments by increasing the overall participation of mothers in the workforce.  Further, longer term economic benefits exist in the potential innovation found by a widening of the labour market pool through providing greater flexibility.  PPL is an economic investment, not a social economic burden. The $970 million saved is only a short term propostion, if at all.

We have a statutory entitlement to 52 weeks unpaid leave.  Providing a parent with any amount of paid parental leave up to their full replacement wage for 52 weeks, does nothing other than to put that employee back in the situation they would have been if they had not taken the leave.

Private PPL schemes are rarely generous enough to completely compensate an employee for being away from work.  Having a baby is a financial sacrifice, even for the very wealthy, but especially for lower to middle income earners.  Six months PPL on full pay is rare.  Six weeks is a lot more typical.  The publicly funded 18 weeks at minimum wage is less than $12,000 in total.  Most parents who are lucky enough to have both payments will need both, and it won’t even go close to what they would have earned if they hadn’t had the baby and taken leave.   The fact that those payments may come via two separate complementary income streams does not give them the character of a double benefit.  The purpose of the original Act was to complement and supplement existing entitlements.  To describe it in terms of ‘double dipping’ or welfare cheating is remarkable.

If a parent were going to receive more than one years’ full replacement wage then I would accept that an adjustment should be made.  Likewise, if they returned to work and continued to collect leave this could be seen as ‘double dipping’.   But this is not what the Coalition are proposing.

It will not save money 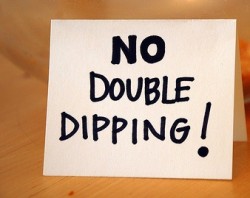 The saving is premised on the double dipping adjustment, but the Bill does nothing to prevent current employers from reducing or stopping private PPL benefits currently on offer.  They have also failed to predict  the very real effect it will have longer term as a disincentive on the introduction of new private PPL schemes.  Reports showed that very few employers changed their parental leave benefits after the 2010 scheme was enacted, but this was because the employers knew that their employees could collect both.   One of the reasons employers offer benefits such as PPL is as a way of attracting good employees.  If the PPL means that these employees will lose their public PPL (or only receive the difference) then the employers will simply offer something else, like extra wages, or additional annual leave.  Something that can be realised in real terms.

Further, a large proportion of private PPL schemes are the product of the Enterprise Bargaining process.  EBAs last for three years, which means hundreds of new deals are being negotiated as we speak.   In theory, every EBA in the country is subject to renegotiation on a cycle such as this.  Are Employee Representatives going to robustly bargain for a PPL scheme worth, for example, $15,000 for a worker in the knowledge that this will result in a loss of all government entitlement to PPL, and only increase the worker’s net result by $4,000?    It would be remiss of them to do so.  They would be better to bargain directly for cash or other benefits.  The effect on Enterprise Bargaining strategy over the next three years alone will eat heavily in to the $970 million saved.

Even if it did save money, who is actually paying?

But even if these almost inevitable effects somehow don’t materialise, and the government manage to make these savings, who will foot the bill?     Effectively, these measures would represent a tax on employers who have elected to provide voluntary PPL.   The Act creates a statutory entitlement due to workers, but then allows businesses to bear the cost of this entitlement if they had previously decided to bestow this benefit.  Private businesses should be free to contract with their employees.  If they offer benefits to employees, they are entitled to the reciprocal effects of that bargain.  The amendment undermines the contractual value of these benefits. 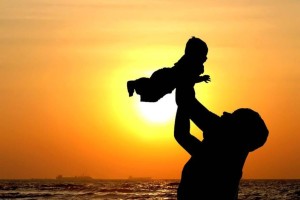 It is even more disturbing when it is recognised that in real terms it is employees who ultimately will bear the loss.  Employers make financial decisions and draft business budgets in accordance with the overall employment cost.  This figure is inclusive of base salary, annual leave, personal leave, superannuation, workers’ compensation, and other employee on costs.  A Voluntary PPL scheme is part of this calculated cost.  In the event that it is offered, this will have a natural reciprocal effect on the value of other benefits.  We spoke about the process of Enterprise Bargaining above.  We can assume that for almost all current agreements containing PPL, the employees will have given up some entitlement, such as higher pay, in order to receive the leave.  These amendments represent an effective acquisition of these privately bargained contractual benefits.

When viewed in these terms, the Coalition’s 585 second solution is maybe not so bright.

Somebody is ‘double dipping’ – it’s just not the people they think…..

The untold story of Dick Smith employees
Swearing at Work