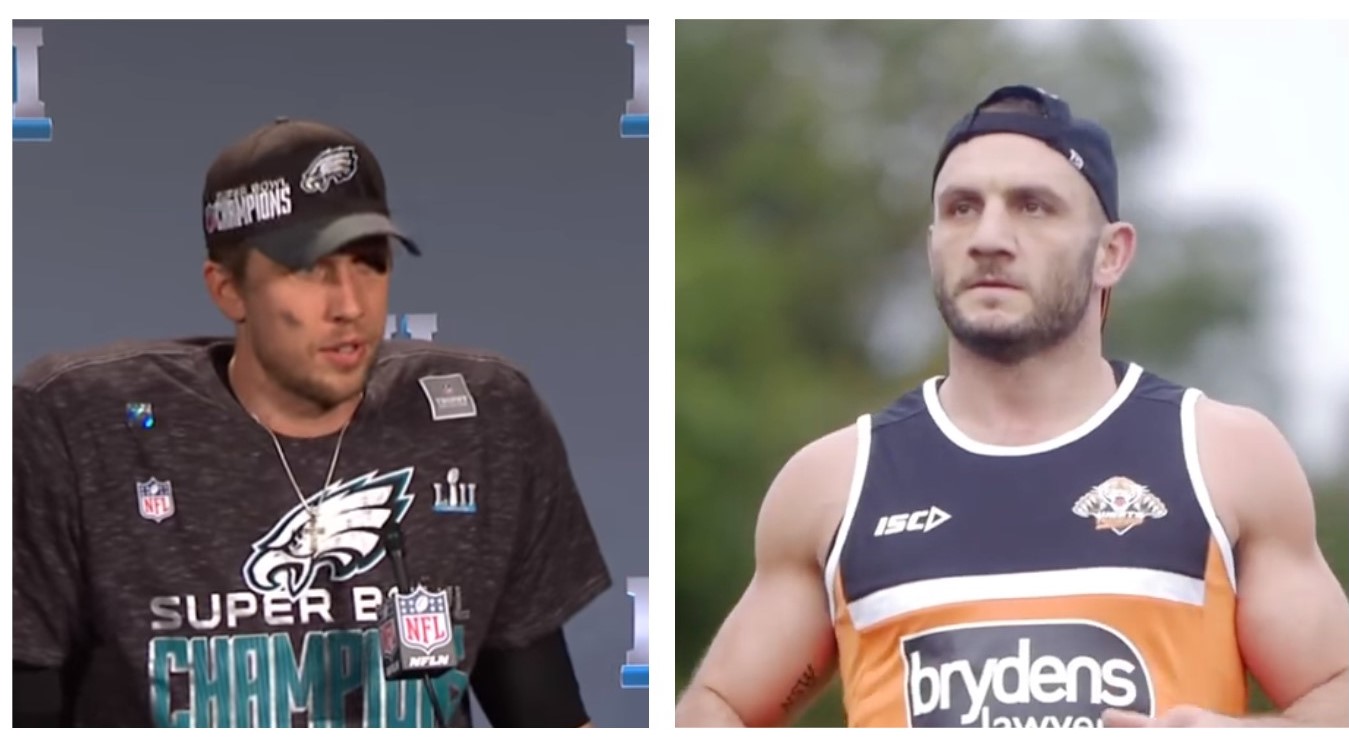 I recently had the pleasure of being invited onto Macquarie Radio with Tim Webster.  The subject of the discussion was my colleague Jacob Reddie’s article Professional sports contracts: Are they worth the paper they are written on?

On the radio show, we spoke mostly about footy rather than law, and my legal contribution to the discussion was fairly simple.  Courts have long recognised that specific performance should not be ordered in an employment context, as it is against public policy.  A court will therefore almost never force an employee to honour a contract by continuing to work against their will. For this reason, the ‘value’ of an employment contract as a legal document, is in its capacity to set out the parties’ legal rights, especially after termination.  It is rarely useful to compel conduct. The effect of this is that if parties wish to compel or incentivise conduct in employment, they will very often require additional legal mechanisms around the way contracts are used. We need rules. In the public arena, where other stakeholders exist (fans, constituents, the media etc), and where contractual negotiations and/or settlements are often confidential, it becomes even more important to have a transparent regulatory system around the conduct of these relationships.

I have always been a passionate fan of West Tigers (in the winter), and Philadelphia Eagles (in the other winter).  The fortunes of two of my favourite athletes of recent times from these clubs provides an excellent example of how the NRL and NFL operate in this regard.

We blogged about Robbie Farah back in 2015, but the saga has continued. As a quick recap: the influential and premiership winning captain of the Wests Tigers, accused of being responsible for the demise of two coaches in as many years, was told in 2015 by his latest coach Jason Taylor that he was not required for the rest of his contract. Many saw this as a pre-emptive strike by Taylor motivated by a desire to save his own job.  Farah had many times expressed an intention to play his entire career for the Tigers.

To force the point, Farah was dumped to reserve grade by Taylor, despite performing to a level (on any objective view) which did not warrant this. He was also deprived of playing in a milestone 200th game for the Tigers, and ultimately accepted that he had no choice but to seek new employment at the Rabbitohs.

Within another six to eight games (including an offseason) Taylor himself was then sacked.  Ivan Cleary was appointed the new coach (the fourth Tigers coach in five years). Cleary’s first task was to move on from three other high-profile players (one of whom abandoned his own contract mid-season to a rival club) and then within a year Cleary brought Farah back.  Cleary was then controversially approached by the Penrith Panthers to be their coach for 2019 but immediately announced his commitment to honouring his two-year contract with the Tigers. Almost immediately after that, however, Cleary back-flipped, did not honour his contract, and departed effective immediately for the Panthers.  No doubt, each of these broken contracts was ‘honoured’ by way of confidential settlement. But from the public perspective, the fact that the contracts even existed was meaningless. It had all the appearance of greedy, random mayhem.

Months later, we discovered that when Farah was at the Rabbitohs (before returning to the Tigers), Tigers CEO Justin Pascoe had offered Farah an ‘ambassador role’ following his retirement.  On his return to the club as a player, however, this should have been disclosed in the salary cap, and it wasn’t. The Tigers were penalised, Pascoe was suspended for six-months, and Chair-person Marina Go has subsequently stood down from her position.

The result? One of the club’s greatest player assets, life member, record holder for games played for the club, and arguably most loyal and committed club man, is blamed for everything by media and fans alike.  He appears to be widely disliked and criticised as being a ‘toxic’ influence, even though based on his sporting achievements he should be regarded as a hero by anyone that has an interest in the club. But even with Farah shouldering most of the blame, nobody else at the Tigers came away smelling like roses. Jason Taylor and Ivan Clearly are both hated by fans for their contribution and conduct, and Pascoe and Go are both regarded as being foolish at best, and negligent at worst, in the way they have allowed the clubs public capital to spiral towards rock bottom.

In the NFL, however, things are done differently.  In the ‘city of brotherly love’, nobody is currently loved more than Eagles back-up Quarterback Nick Foles. He has had two separate spells at the Eagles. Drafted in the third round of the 2012 NFL draft, he competed for and won the starting role from Michael Vick, and then took the Eagles to the playoffs in 2013. He had a mixed and injury mired season in 2014, and then at the beginning of 2015 he was unexpectedly traded to the Rams by coach Chip Kelly.

In 2017, Foles returned to the Eagles as a backup for the Eagles’ new superstar QB Carson Wentz.  After Wentz went down injured in week 13, Foles led the Eagles to a historic Superbowl victory, and was given the award of ‘Most Valuable Player’.  In 2018, resuming his role as backup, he was once again forced to step in for Wentz late in the season, and turned the team’s fortunes, leading the Eagles to four consecutive victories and into the Divisional round of the playoffs.

Wentz and Foles are regarded by many to be in the top 15 Quarterbacks in the league.  Every Eagles fan knows that the 2019 salary cap will not allow them both to stay, that the Eagles are committed long term to Wentz, and that Foles probably deserves to be a starter elsewhere.

A series of rules governs what happens next.  The 2019 season opens at 4pm on 12th March.  Veteran players that are no longer under contract become ‘unrestricted free agents’ at this time, leading to a month of ‘free agency’ negotiation prior to the NFL draft, when the rookie players are brought into the league from the College system.  Every fan knows the rules of free agency and the rules of the draft. And it is a fascinating time to be a fan. From the beginning of the season until the end of Week 8, a contracted player can be freely traded by their team for valuable compensation (such as draft picks or other players). But teams are unable to interfere with the contracts of players without making a trade with that players team. But as soon as 4pm on the 12th strikes, unrestricted free agents may be approached by anyone.

However, each team also has one ‘franchise tag’ to use each season. If a team has been unable to negotiate successfully prior to the beginning of free agency, and wishes to keep that player on the roster, they may ‘tag’ that player. The franchise tag is like a trump card. It is a unilateral option to retain a player for one more season.  The tag guarantees a set salary to the player according to certain rules.

In the context of this system of rules, Foles has become the biggest story of this NFL off-season.  Immediately after the end of the season, the Eagles exercised a $20m contractual option to extend Foles’ contract, obviously with the intention of trading him to another team for a draft pick in the upcoming draft. Within two hours, Foles exercised a $2m buyout clause in the contract, inching him back towards free agency on the 12th.  The Eagles then faced the choice of whether to ‘franchise tag’ Foles in order retain their right to trade him to someone else. If they did so, they could bargain for compensation in the coming draft from whoever signed him, and could potentially control his destination (away from possible arch rival suiters such as the Giants and Redskins).

But this would also mean that Foles’ franchise tag salary would count towards the salary cap, which also needs to be complied with by all teams by the opening of the season at 4pm on 12 March 2019.  Other Eagles players could have been lost as a result of this strategy. Further, this decision was complicated by the players’ Collective Bargaining Agreement, which states that in order for a franchise tag to be used, a team must have a bona fide intention to keep the player on the roster.  It would be a breach of the agreement for a tag to be used merely to leverage a trade deal.

So, the Eagles have announced this week that Foles will become a free agent at 4pm on the 12 March 2019, and it now is rumoured that he will become the starting QB for the Jacksonville Jaguars.  He will always be an Eagles hero, his statue will remain outside Lincoln Financial Field, and I suspect many Eagles hearts (including mine) will be following him to the Jags (at least for the purpose of the AFC).

This raises the question:  Why is it that Farah (and just about everyone else involved at the Tigers) are open to such criticism and resentment from the fans and media, when they were each doing no more than trying to balance their commitment to the club against the success of their personal careers?  And yet the Eagles are able to shop one of their best loved (and most successful) QBs of all time like a commodity on the open market – TWICE in the space of FOUR YEARS – without any criticism from fans or media. Foles is loved by the organisation and fans. But it’s ‘business first’, and everyone seems to accept that.

The reason is because the NFL has rules.  Regulation of the employment relationship above and beyond the principles of contract. The fans, players, coaches and media all know the rules, understand the rules, and watch with anticipation as their application unfolds during pre-set periods within the season.  These transparent, prospective, and stable rules allow player movement to become part of the fabric and spectacle of the game.

In the NRL, however, mere reliance on the common law of contract creates an environment where constant player and coach movement and negotiation is seen as a sinister & irritating distraction from the game itself. It destroys fan confidence, and erodes our commitment to the sport we love, while allowing the media to produce and propagate stories that are often bitterly cruel to the personal reputations and interests of the players.

Lon Fuller, in the 1960s philosophical text ‘The Inner Morality of Law’, gives the example of King Rex: a scrambling, unimaginative, and overly reactive king who sends his hypothetical kingdom into disarray by failing to recognise the need for clear, certain, stable and prospective law.  Fuller makes the point that the stability of regulation is the cornerstone of a successful and balanced society.

Coming down from the NFL high, and on the dawn of another new NRL season. I am bracing myself for the return of King Rex.