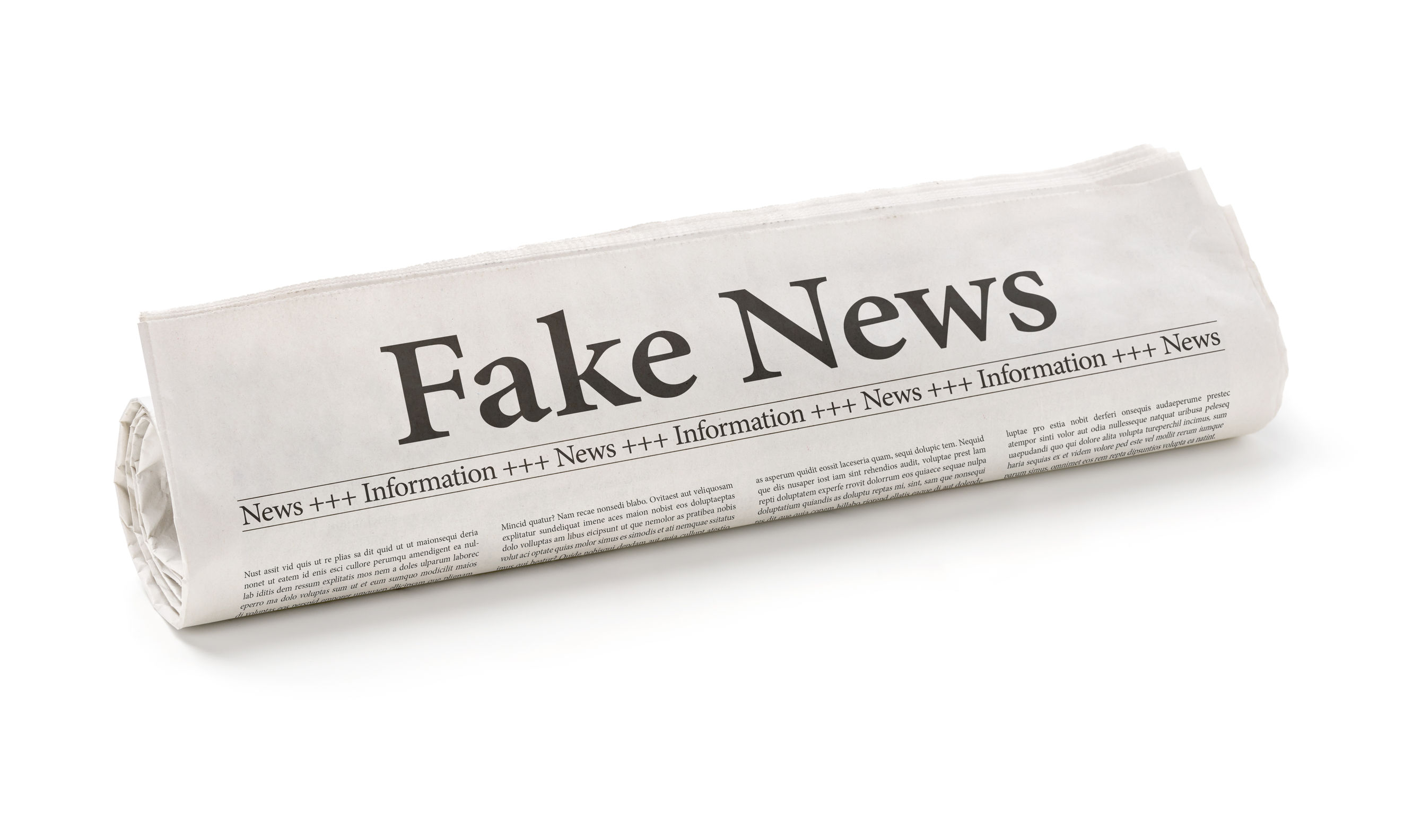 In the era of fake news, modern society has never seen such high levels of political misinformation. Whether it has been the Brexiteers‘ guarantees of improbable prosperity for an independent Britain, or Donald Trump’s recent promises to “make America great again”, lazy and untested rhetorical concepts appear to have high political capital.  Anyone seeking to think deeply about any particular issue within the political or social spectrum is forced into a perennial (and healthy) state of non-partisan scepticism.

But Bill Shorten yesterday said something truly astonishing – and as a practicing industrial relations lawyer I feel compelled to call ‘bullshit’ on it.  The centrepiece of the ALP’s (and ACTU’s) election industrial relations platform is its ‘war’ on casual employment.  On this issue, Shorten said:

“Too often, long-term casual work is used as a mechanism to pay workers less, deprive them of leave, and make them easier to sack”

These comments are not mere ‘election puffery’.  These are representations about the current state of the law, made by one of Australia’s most senior lawmakers. These are not the words of inflated reality TV star / millionaire that is ‘winging it’ in an area of law that he doesn’t know and doesn’t care about.  These are the words of a government official whose professional background is industrial relations, and who is uniquely positioned to know the intricacies of this area of law.

With that in mind, let’s break these assertions down.  According to Shorten, long term casual work is a mechanism for:

Every Modern Award covered employee (which now represent the vast majority of vulnerable employees in Australia) provides that casual employees should be paid a substantial loading (normally 25%) of the base minimum rate to recognise the fact that they are casual.  Breaching these provisions – and ‘paying casual employees’ less, would be a breach of section 45 of the Fair Work Act, a civil penalty provision.  The law, as it currently stands, provides that casual employees are paid more per hour. Not less.  It is true that in many cases casual employees work less hours than permanent employees. They are also often working more sporadic or unpredictable hours.  They are at times working less hours than they would like.  However, a huge number of jobs only exist because they are casual.  And those casuals work more hours than people that have no work at all.

The concept of ‘leave’ is extremely broad.  In the current legal framework, this falls into two categories.  Firstly, there are the various types of ‘paid leave’ – financial benefits which accrue as an incident of someone’s job.  Secondly, there is the entitlement to take unpaid time off without detriment to your ongoing employment.

In the first category – with regard to annual leave and personal leave, the Modern Awards directly provide for casual employees to be paid a leave component per hour (this is part the loading set out above).  Regarding Long Service Leave, state base legislation provides this to long term casuals in any case, in additional to this loading.  From a financial perspective, there is no argument available that casuals are ‘deprived’ of leave.  It should be recognised that it can be (in many circumstances) difficult to convert this financial benefit into ‘paid time off’. If casual employees want to experience ‘paid time off’, they have the financial responsibility for accruing and saving these funds, whereas for full time and part time employees this is managed by the employer.  For some low-income employees this is difficult and challenging. But to describe this as a financial ‘deprivation’ is simply  false.

In the second category – the ability to take actual time off work without detriment –  Shorten’s comments are a complete simplification.  When it comes to parental leave – clearly the most economically and socially important type of unpaid leave – long term casuals currently have the same legal protection under the National Employment Standards as anybody else. With regard to other forms of discretionary leave without pay, full time and part time employees have an ongoing obligation to provide work to their employer.  They have to ask permission to take extended leave.  On the other hand, casual employees can work (or withdraw their availability to work) any time they wish. This is the primary benefit of being a casual. It is convenient for the ACTU’s current political narrative to pretend that this scenario doesn’t exist, and that the entire class of employees employed throughout Australia on a casual basis are done so as a method of social oppression.  But anyone that has been an employer in industries that rely upon university students or other young adults (as I did for over a decade) will recognise this as not true.

This is the big one. This comment is not only false and inflammatory, but an irresponsible misrepresentation of the law.

There are a number of causes of action available to any employee that has been sacked.  The General Protections provisions of the Fair Work Act 2009 (Cth), and the suite of human rights legislation provided at both commonwealth and state level draw no distinction between casual and permanent employment.

Unfair Dismissal legislation, the primary remedy, does draw a distinction.  However, protection is offered to any casual employee that is engaged ‘regularly’ and ‘systematically’ for a six month period, and has a ‘reasonable’ expectation of being engaged again.  This is an extremely low threshold (much lower than any conversion to permanency threshold that has been raised or suggested by the ALP).

Under our current laws, it is not ‘easier to sack’ a casual worker. There may be occasions, in a practical sense, where an employer may find it slightly ‘easier’ to sack a casual worker, but in my experience this is only because those employees may not always realise that legal remedies are available to them.  This type of misinformation from their key political advocate doesn’t help.

If these are the real reasons motivating Shorten to promise casual workers conversion to permanency, then they are false promises.  Because the law already allows for these things with fair and robust protections.

In fact, if an employer were to make representations to a casual employee along these exact same lines: that they were “entitled to be paid less, deprived of leave, and easier to sack”, this would be an unlawful misrepresentation of the worker’s rights. The employer would be in very clear breach of section 345 of the Fair Work Act, a civil penalty provision.  The person making the representation (whether an owner, director, or employee manager or HR representative), could also be liable for personal civil penalties under section 550 for being knowingly involved in the misrepresentation.

But we consider it ok for Mr Shorten to make false representations about workers’ rights, in order to win an election?

Once again, the employers of vulnerable employees appear to be held to a standard much higher than their political leaders.

Very like Donald Trump’s heartless pre-election promises to workers in the ‘rust belt’ about the future of US manufacturing, Shorten’s latest bout of industrial relations misinformation will serve to hurt and confuse the very people his platforms are supposed to protect, and it stinks of disingenuous and deliberate class warfare provocation.

Short of a full-scale revolution, where the means of production are forcibly wrestled from the owners and delivered to the working classes (and we all know how that story ends), propagating class warfare based on mistruths has zero social or political benefit.  It may help the ALP get elected, but it won’t fix the lives of working people.And poorly conceived promises of radical industrial relations change have the capacity to cause fundamental damage to the economy, especially small and medium business. This in turn will only hurt the interests of their employees and other stakeholders.

Social change requires social policy.  Strong, coherent, sustainable and meaningful policy. Not vacuous industrial relations rhetoric.  If the ALP genuinely wish to help vulnerable Australians, this change could be brought by intelligent, economically sustainable and equitable tax reforms. This could in turn provide universal access to early learning and quality education to vulnerable people, provide great healthcare and social programs for the poor, make long term intelligent investments in vocational pathways and skills development, decriminalise drugs, and put in place long term measures to protect the environment for our next generation, perhaps the most vulnerable of us all.

But telling lies about industrial relations helps no one, and it serves only to point many reasonable votes in the opposite direction.