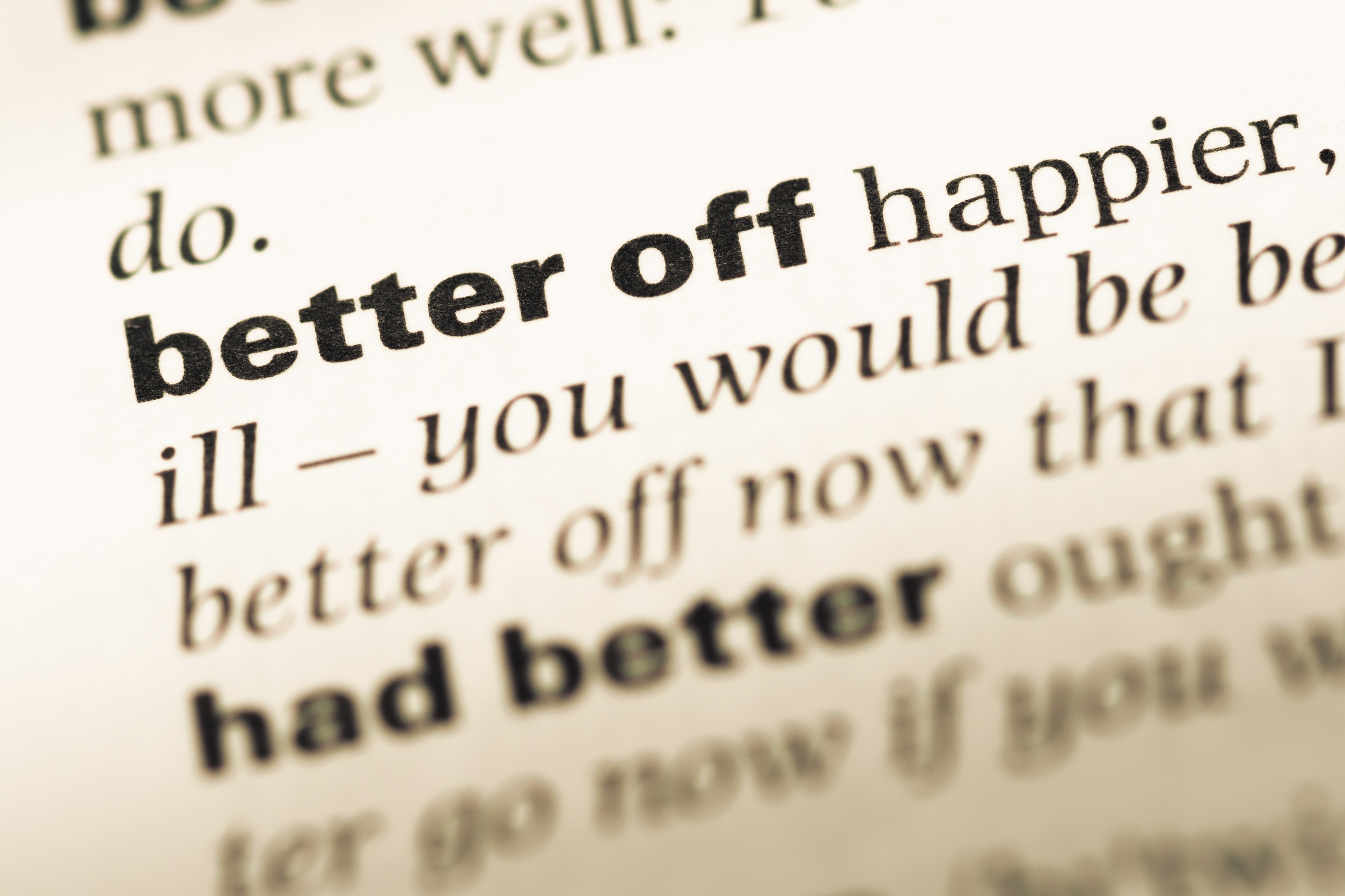 So what is the BOOT? What does better off overall mean? Who must be better off?

What is Better Off Overall?

Recently the FWC has provided additional clarification on the BOOT in BOC Limited (Gas & Gear – Victoria) Certified Agreement 2019 [2019] FWCA 5544. Deputy President Colman reviewed the application by BOC Limited to approve the proposed enterprise agreement. The National Union of Workers (the NUW) argued that the enterprise agreement did not pass the BOOT for prospective employees. Under the proposed enterprise agreement future employees were unable to accrue rostered days off for overtime worked. The FWC provided calculations that the higher rate of pay offered to employees meant that prospective employees were better off financially under the proposed enterprise agreement. The NUW further argued that future employees were unable to have the ‘intangible’ or ‘lifestyle’ benefits that came with taking RDOs or accruing time off in lieu for overtime worked and that this loss of ‘intangible’ or ‘lifestyle’ benefits should be taken into consideration when conducting the BOOT. Deputy President Colman stated that it was not inherently more beneficial to take RDOs and time off in lieu compared to receiving overtime payments. This was a subjective consideration. Individual employees would have different views on whether RDOs and time off in lieu compared to a higher rate of pay was more beneficial.

Deputy President Colman further stated that the BOOT focuses on objective and verifiable considerations. The assessment of whether an employee is better off under the proposed agreement is not a line by line comparison. Nor is it against the FW Act for an enterprise agreement to trade off conditions. The test is whether employees are better off overall under the enterprise agreement as a whole. The BOOT does not take into account the personal preferences of each individual employee. Deputy President Colman held that under the proposed enterprise agreement current and prospective employees were better off. The higher rate of pay outweighed the loss of ability to accrue RDOs and take days off in lieu of overtime.

Who has to be Better off Overall?

An example of how this is applied is seen in Hart v Coles Supermarkets Australia Pty Ltd and Bi-Lo Pty Limited; the Australian Meat Industry Employees Union v Coles Supermarkets Australia Pty Ltd and Bi-Lo Pty Limited [2016] FWCFB 2887. This case concerned an appeal against the approval of the Coles Store Enterprise Agreement 2014-17. The appeal was made by Mr Hart, an employee of Coles, and the Australasian Meat Industry Employees Union (the AMIEU). The approved enterprise agreement had a higher hourly rate of pay compared to the award, but it had lower penalty payments for evenings, weekends and public holidays. The Full Bench of the FWC reviewed direct wage comparisons of certain employees who were most adversely affected by the enterprise agreement. The Full Bench also took into consideration other benefits under the approved enterprise agreement, including:

The Full Bench outlined certain cautions when considering the other benefits, mainly the difficulty in determining the value of the benefits as not all employees would access these benefits. Reasons for not accessing the benefits included:

The Full Bench held that the agreement did not pass the BOOT. Not all employees were better off under the agreement. Employees who primarily worked during the lower penalty rate times, part-time and casual employees, would experience a significant monetary loss. Additionally, not all employees would receive the other benefits.

This case is consistent with BOC Limited (Gas & Gear – Victoria) Certified Agreement 2019 [2019] FWCA 5544 outlined above. In forming their decision, the Full Bench did not consider the personal preferences of each employee for each benefit. The Full Bench conducted an objective assessment of better off overall for all employees.

For a step-by-step guide on the bargaining process please see the article by my colleague Helen Carter.