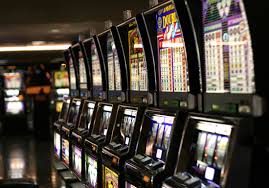 I share the opinion that poker machines are a serious social problem.  Research has shown the effects they have had on many people’s lives and families. Unlike the dangers of drinking, drugs and smoking, the negative effects of poker machines rarely result in direct physical harm.  Therefore stakeholders, including the state and federal governments, are loath to take any action which will stem the massive flow of revenue.  It was disappointing that during the minority Gillard Government,  Andrew Wilkie’s mandatory pre-commitment legislation never even made it to the lower house for a vote. Thus was the power of the club industry’s million dollar campaign against the proposed new laws.

I was therefore pleased to see the announcement of a legal challenge against poker machines on the grounds that they are misleading and deceptive under section 18 of the Australian Consumer Law. 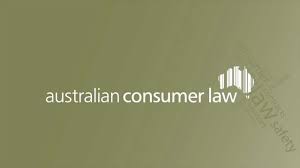 I say this both because I dislike poker machines, but also because I very much like it when practitioners use creative and ambitious arguments to test the parameters of the Australian Consumer Law.

But the media need to keep this in perspective.  To prove a case in misleading and deceptive conduct is not easy. Generally speaking, it is not judged on the specific elements of conduct, the question is whether the overall conduct creates a misleading or deceptive impression. If this case were to be successful it would involve extending the current interpretation of ‘misleading and deceptive’ to an extent it hasn’t reached yet.  To do this, some form of judicial activism would be required.  A court would be required to consider that public policy considerations demanded this change. Judges have shown themselves to be hesitant to take this step in relation to gambling. This is not the first time that private legal challenges have been made against the gambling industry.

In 2001, Reynodls v Katoomba RSL, was a  case was brought before NSW Supreme Court Chief Justice Spiegelman in alternative actions of negligence,  breach of statutory duty, and unconscionable conduct.  Despite the conduct of the club being deplorable by anyone’s standard, the Chief Justice held that the club did not owe a duty of care to Mr Reynolds. Amongst other things the club had cashed Mr Reynold’s third party business cheques in the knowledge that he had a gambling problem, and that this was against the specific instructions of his business partner.  The judge held that there was not the sufficient ‘vulnerability’ to establish a duty as defined in the case law.  Mr Reynolds was at all times capable of  protecting himself by simply not going to the club.   For this reason he was held to be responsible for his own actions. 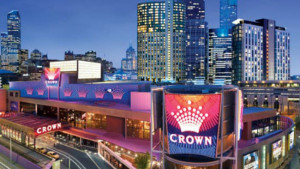 In Kakavas v Crown in 2013, the High Court considered whether Crown casino was in breach of section 20 of the Australian Consumer Law, in engaging in ‘unconscionable conduct’ in the way that they enticed and encouraged Mr Kakavas to attend the casino, including free flights and accommodation, even though they were well aware of a ‘special vulnerability’ suffered by Mr Kakavas. The High Court applied a very high threshold in this case, and found that there was no unconscionable conduct by Crown. When compared with decisions of the High Court from the 1990s such as Louth v Diprose and Bridgewater v Leahy, it could be argued that the burden of proving unconscionable conduct was positively increased by the court in a response to the gambling claim.  We may have seen some judicial activism in this case on public policy grounds, but it was activism in the opposite direction from what would be required by the applicants in this case.

I will watch these developments with eagerness, but I’m not counting chickens. If the ALP, Greens and independents could not be united in bringing the poker machine issue fully to the legislature during the minority parliament, I very much doubt judicial officers of the Federal Court will be prepared to make the necessary leap of policy either.