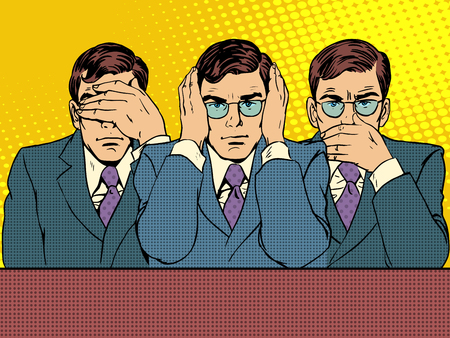 A recent opinion piece in the Sydney Morning Herald raised the issue of sport conversation in the workplace, emphasising its ability to exclude as sport can be significant within a culture, but not necessarily for all individuals. While this may be true, it is difficult to argue that sport should – and more importantly can – be extricated from everyday life.

An iconic scene from cult British comedy The IT Crowd, jokes about the struggles of being the person at work who doesn’t know about football. In my view the scene really highlights both sides of this argument. The person with no interest in football is forced to gain knowledge in order to be able to engage in conversation with colleagues. On the other hand, the football fan thinks he is being friendly and connecting in light conversation.

The language of sport

Sport has long infiltrated the way we speak. Colloquial language has adapted sporting analogies into every day speech, to the point where it is likely that most people never realise their origins in sport. ‘Jump the gun’ stems from the starting signal for races, while ‘hit your stride’, ‘hands down’ and ‘down to the wire’ can be traced back to horse racing. To ‘run interference’ is actually a technical play in American Football and ‘saved by the bell’ originates from boxing.

It’s true that workplace culture has shifted to collaboration more than competition, and competition is the most inherent characteristic of sport. But to say that this is a significant problem with sport influenced language – which is used subconsciously – in the workplace not only overlooks how sport has become so ingrained in language as to be inseparable, but also the image of teamwork that sport and sport influenced language can instill and inspire.

The market for sport is growing

Geography is no longer a barrier, with sport reporting and fan following going beyond what is available domestically. There is a plethora of homegrown competitions and events available for consumption, like NRL, AFL, Big Bash League, A-League and W-League, ANZ Championship and V8 Supercars. But the market for sport has grown even more in recent years to include overseas competitions such as the Super Bowl, EPL, World Series and NFL.

It is easy to understand how, with so many different options for consumption, people can begin to feel ‘left out’ when conversations on these topics arise in the workplace. Even the most avid sportsman can’t be across every type and competition available. Amidst all this, employers have the unenviable job of maintaining an inclusive atmosphere in what can be a very diverse workplace. This is not a small task, and workplace policy plays a significant role in managing employee behaviour and professional interaction.

But is it really possible to control behaviour as far as appropriate conversation topics, and where do you then draw the line?

Perhaps it is possible to limit discussion of local competitions that run for a regular and lengthy season. It must be difficult to work in Melbourne where AFL is a way of life as much as it is a sport. When there are multiple games on each weekend for a number of months, the opportunity for prolonged and regular discussion is significantly increased. On the other hand, major event sporting, such as the Olympics, World Cups and the Melbourne Cup, can often gather the attention of larger groups – even those who wouldn’t generally consider themselves sports fans. There is no logical way that you can put a partial ban on sport conversation without including all types. 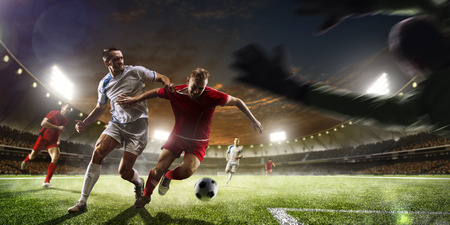 The question then becomes even more complex. If sport is banned, there are many other areas of interest and discussion that can be considered as equally exclusionary. In the last 20 years, television viewing options have become more diverse. Digital TV has opened up new channels for free-to-air and web streaming like Netflix has revolutionised the ability to ‘binge watch’ whole seasons in one sitting.

For those who don’t watch a lot of TV, or who are late to join a cult show following, water cooler discussion about the latest revelation on Game of Thrones can be just as daunting – particularly when they start spouting phrases like ‘Winter is Coming’ and ‘Hold the Door’ that to a non-viewer have no real connotation. In many ways, TV as a conversation topic is even more divisive than sport in the workplace as it is somewhat time-sensitive: seasons and series are finite, story lines vary from year to year and the attention span of viewers moves on quickly. Unintentional ‘spoilers’ can also sour interpersonal relationships.

When you spend roughly a third of your life working, it is important to enjoy what you do. A big part of that is building connections with your colleagues, which in turn strengthens collaboration and teamwork. The foundations for these connections are light conversation and anecdotes, which are frequently provided by recent events. Sport is the one of the best options for these moments, it is rarely as polarising as politics, and even the most contradictory opinions can be joked about. The real problem in banning sport conversation in the workplace, is that, rather than create unity it will merely create more opportunity for people to feel excluded. It is impossible to say one person’s interest is forbidden when another’s isn’t. Workplaces are moving towards being more flexible, connected and informal, and placing bans on some or all non-work related topics is a step in the wrong direction.