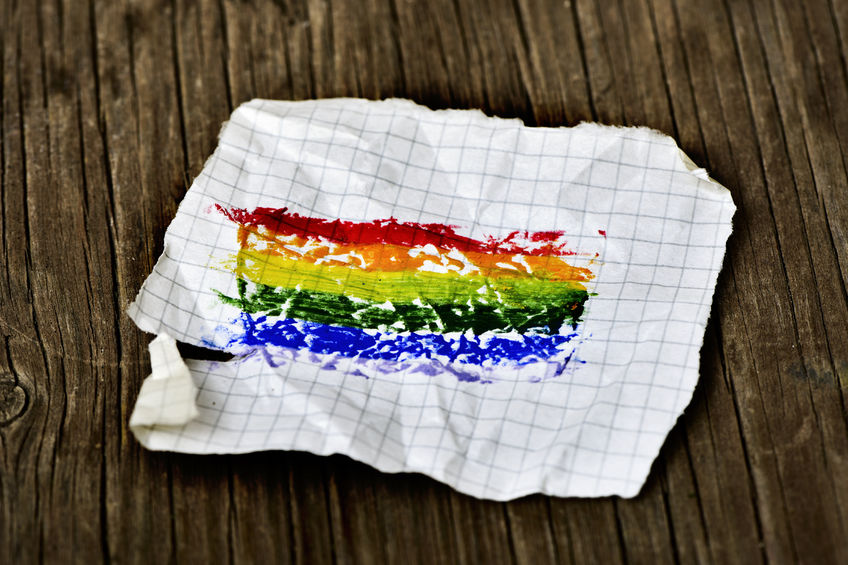 Earlier this month, high profile rugby star Israel Folau posted some highly offensive comments on Instagram stating that gay people were headed to “HELL… Unless they repent of their sins and turn to God”. It’s brought up the traditional questions about the right to free speech, vs. the rights of inclusion, as well as our expectations of sports stars who we laud as “role models in the community” until their off-field behaviour gets them into strife, or they go rogue with unsavoury opinions on social media.

Of interest to me has been the hypocrisy of spouting a commitment to LGBTQI inclusion but being unwilling to back it. Rugby Australia was rightly quick to distance itself from Folau the day after his comments were published on Instagram, stating that “Folau’s personal beliefs do not reflect the views of Rugby Australia. Rugby supports all forms of inclusion, whether its sexuality, race, or gender, which is set out in our Inclusion Policy (2014).” Some suggested such a response was merely to placate its largest corporate sponsor Qantas.

From that point on there were two clear paths that Rugby Australia could have been taken. Option A was to go down the freedom of speech avenue and let Folau deal with the consequences. Continue to distance themselves, let Folau cop any heat for his homophobia and leave it to more progressive Christians to challenge his views publicly. Or Option B – take a stance, and assess whether Folau’s statement was in breach of its Inclusion Policy, it’s social media policy, and any employment contract clauses. If Folau’s statements were in breach, then deal out the consequences. In doing so, show that its commitment to fostering inclusion and diversity in its organisation and the wider rugby community is more important than upsetting one of its stars. Follow the path it took last year when it pledged its support for marriage equality and the LGBTQI community. 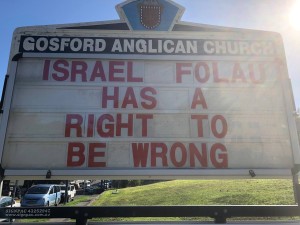 If solely judged by the Court of Public Opinion, Rugby Australia would have probably come out fairly unscathed had they taken Option A. Media pundits, sporting commentators and fans appear determined to protect what they believe is our fundamental human right to free speech, arguing that Folau’s right to express his religious belief shouldn’t have been undermined by Rugby Australia’s concerns about upsetting sponsors. Whilst initially expressing their disappointment, I think it’d be unlikely that Qantas would have made any further public statements on the matter, given Alan Jones’ questioning of why the airline maintained a partnership with Emirates Airlines, which is based in the UAE, where homosexuality is punishable by imprisonment.

Instead Rugby Australia managed to get itself into quite a pickle, in its attempt to appease everyone. After meeting with Folau to discuss social media policy, CEO Raelene Castle emerged stating “I think Israel has acknowledged that maybe he could have put a positive spin on that same message and done it in a more respectful way”, and “Rugby Australia has got a policy of inclusion and using social media with respect”. Castle suggested it was just the first conversation, and more conversations with Folau would be had. She was however also quick to alleviate fears that Folau might be leaving rugby, stating “we would really like him to stay in rugby, that’s hugely important to us”. The overall impression was that Folau had been given a slap on the wrist and he’ll think twice next time, but that Rugby Australia was determined to hold onto its golden boy.

Yeah nah, Folau said. Rather than retracting his comments, he doubled down publishing an article quoting Bible passages to justify his remarks. He made it clear he would not easily give up his position and would walk away from his contract if necessary. He argued Castle mis-represented his position in her comments to the media and did so to appease other people.

Castle then appeared to back down and call an end to the matter, conceding there would be no sanctions: “In his article, Israel clearly articulated his religious beliefs and why his faith is important to him and has provided context behind his social media comment. In his own words, Israel said that he did not intend to upset people intentionally or bring hurt to the game. We accept Israel’s position.”

Rugby Australia has attempted to placate everyone, but in doing so has managed to leave both sides of the divide pissed off. Those that believe Folau has a right to his opinions and to speak opening about his faith feel he shouldn’t have had to explain his actions to Rugby bosses. Some felt the game was letting down a decent man who had a right to express his religious beliefs without being gagged by his employer based on commercial considerations.

And on the other side it’s upset those who believe Rugby Australia’s response only compounds the hurtful message Folau made and leaves LGBTQI youngsters feeling unwelcome by a sporting organisation where such intolerance continues to exist. Some questioned whether Rugby Australia’s inclusion policy was worth the paper its written on.

Many questions remain unanswered – What would Rugby Australia do next time a player says something so offensive publicly? Is it ok if its faith-based? Is it ok to post hurtful comments as long as the player claims there was no intent to harm? Is it only ok if it’s said by a top player who does not seem particularly concerned about his future with rugby? Is it an inclusion policy with exclusion clauses?

If you’re going to have an inclusion policy or a code of conduct, be prepared to walk the talk. Have a good hard think when implementing these policies about the type of behaviour which would breach the policy, and what repercussions would follow. Rugby Australia proclaims its support for Pride in Sport initiatives and the creation of “inclusive spaces though the reduction of homophobia, stigma and discrimination.” It seems rather hypocritical to then to fail to reprimand one of its most prominent players when they seek to demonise a vulnerable minority group.

If Rugby Australia took action to sanction Folau, many would be outraged claiming Folau’s right to freedom of speech had been infringed upon and his employer has no right to censor him. However, freedom of speech is significantly qualified by exceptions. One of these exceptions can include a contract of employment which limits our freedom of speech to ensure we abide by the ethics, values and morals of our employers. Back in 2015 when SBS presenter Scott McIntyre found himself out of a job for breaching SBS’s Code of Conduct and Social Media policy after tweeting some offensive remarks about the ANZACs, Human Rights Commissioner Tim Wilson said “Decrying McIntyre’s dismissal as a free speech violation and censorship is absurd – McIntyre was free to tweet his bile before he worked for SBS, while he worked for SBS and now that he no longer works for SBS. SBS simply decided it didn’t want to be associated with him. No one is guaranteed a job. Employers are not compelled to put up with behaviour that harms their public reputation.”

Enforcing code of conducts, or policies around inclusion and diversity is a tricky business. They can be ambiguous and open to interpretation, if not well defined and communicated. Particularly when they attempt to capture behaviour outside of work. Rugby Australia’s Inclusion Policy attempts to do just though stating “There is no place for homophobia or any form of discrimination in our game and our actions and words both on and off the field must reflect this”. Rugby Australia has avoided engaging with their Inclusion Policy this time in fear of losing their code-hopping superstar, but it may make it even more tricky for them to enforce next time future off-field behaviour comes into conflict with the values that the organisation purports to support.