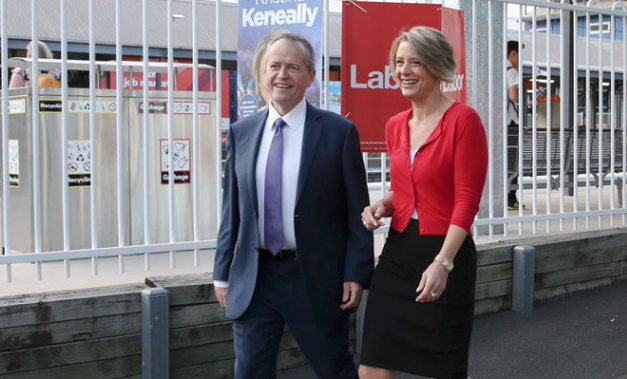 In May 2016 Bill Shorten said, speaking to the ABC, that a government proposing to legislate penalty rate outcomes was “playing with fire”.

In July 2016, he told the SBS that the matter of penalty rates should be determined by the “independent umpire”.

Yet now, Mr Shorten proposes to go to the next election with a major policy that if elected his Labor government will override, with legislation, the decision of the independent umpire on penalty rates.

This article argues strongly that the independence of the Fair Work Commission should be protected for the sake of employees, employers and the economy. Shorten’s proposed legislative override is a dangerous political manoeuvre, which could jeopordise more than a century of gains achieved for workers in Australia.

After three years of consultations, 6,000 submissions and analysis of economic research, the Fair Work Commission made a decision last year, which has since been implemented, that some penalty rates in five awards should be reduced. Whatever your view may be on the economic and social impacts of this decision, whether you support or are against the penalty rates changes, Bill Shorten’s attack on the independent umpire should be a concern.

History of the FWC

The Fair Work Commission, as an independent body, has scope to regulate and make decisions related to the minimum wage, industrial awards, penalty rates and enterprise bargaining. Throughout its history, it has made decisions that have attempted to reflect the economic reality of business in Australia whilst taking into account the dynamic of the employer-employee relationship and the need for a living wage. It has often made decisions which are viewed more favourably by one side of politics than the other.  However, the independence of the Commission has always been an imperative and its difficult decisions have been accepted, if not always liked, by stakeholders.

Let’s consider just some of the many important decisions which have been made by the Commission and its predecessors:

How did we get here?

It is an inconvenient truth, and not without irony for the Labor Party, that in 2013 the then Workplace Relations Minister, Bill Shorten, amended the Fair Work Act to specifically require the Fair Work Commission to review penalty rates as part of the four yearly review process under section 156.

Further, the penalty rate decision was made by members of the Commission that were all appointed by Labor politicians including Former Assistant Secretary of the ACTU, President Iain Ross, as well as Vice President Joe Catanziriti and Deputy President Ingrid Asbury who were personally selected and appointed by the then Minister for Workplace Relations, Bill Shorten.

Historically it was the unions that first advocated for the compulsory arbitration of industrial disputes and this is seen by Labor and the unions as a major achievement and important feature of our industrial relations system. Yet, when the independent decision of the umpire does not go his way, Bill Shorten’s motto of “Change the Rules” really means “Move the Goalposts”.

What would Mr Shorten and the union movement’s response be if the Coalition Government proposed to introduce legislation reducing the national wage increase effective 1 July 2018 from 3.5% to 2%? They would be justifiably horrified.

When I began writing this piece, I was prepared to research and quote the many individuals and organisations who have made a case for protecting and affirming the independence of the Fair Work Commission.  But this was not required as one of the compelling advocates against this policy is Bill Shorten himself.

Prior to the 2016 Federal Election, 3AW’s Neil Mitchell interrogated Mr Shorten on whether he would accept the independent decision of the Fair Work Commission and Mr Shorten said “yes”. When this was followed up on whether this would include the reduction of Sunday penalty rates, Shorten replied “I said I’d accept the independent tribunal”. At the time, the Greens had agitated for legislative action that would reverse any potential penalty rate reduction. Needing to explain his reasons, Shorten stated that the idea of the Greens “from their sideshow position” would be a “loading the gun” for a government to later dismantle the system through legislation.

Why is a legislative override of an independent decision by the Fair Work Commission regarding penalty rates and wages such a terrible idea?

Well, as Bill himself says, it is “playing with fire”.  My concern is that workers and the economy will be the real victims if Bill Shorten so greatly compromises the independent operation of the Commission and its predecessors that have served us so well for more than 100 years.

Brendon Zhu is currently a paralegal with experience in industrial relations, workplace investigations and policy development. Brendon’s interest in employment law stems from a belief that all organisations and its employees, whether they are a private enterprise, a not-for-profit charity or a public-sector government department are delivering a good or service that seeks to improve the livelihood of society. Having experienced prior work in small business and not-for-profit organisations, Brendon enjoys developing workplace solutions that is appropriate to the commercial needs and context of the client and their industry. Outside of his legal work, Brendon is a Ward Councillor at Willoughby City Council and is identifying areas to reduce red tape within the inside machinery of local government. The ideas of policy reform and appreciating the realities of running a business in Australia are common themes in his writing.