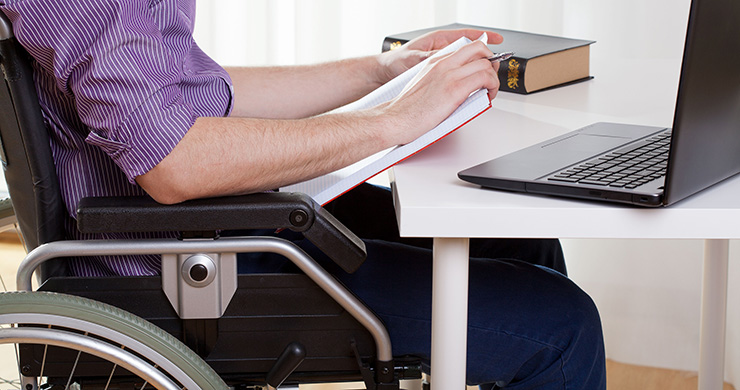 A recent case before the Victorian Supreme Court of Appeal, Ferris v State of Victoria [2018] VSCA 240, serves as a reminder for employers that they can be found guilty of unlawful discrimination even if they were unaware of their employee’s disability, or the discriminatory effect of its requirements on individual employees.

Under state and federal anti-discrimination legislation, disability is very broadly defined and is inclusive of an injury, illness or medical condition. It can be either temporary, or permanent.  At general law, the term ‘disability’ extends far further than its ordinary meaning. Many of the conditions that would cause an employee to be considered disabled are often non-visible or “hidden”. Typical examples would be depression, dyslexia, epilepsy, autism, cancer or chronic pain. An employee might have long periods of good health, whilst being unable to work other periods. With some of these non-visible disabilities, an employer may not be aware that the disability exists and can inadvertently find themselves indirectly discriminating against an employee.

Mr Ferris was a store supervisor in a prison, who was dismissed for misconduct, including swearing in an aggressive manner to a prisoner and not properly accounting for or banking monies received in the course of his duties.  Mr Ferris suffered from type 2 diabetes, and brought a case before the Victorian Civil and Administrative Tribunal, alleging discrimination under the Equal Opportunity Act 2010 (Vic). Mr Ferris alleged his employer, the Department of Justice and Regulation, discriminated against him by treating him unfavourably by imposing unreasonable working conditions on him. As a result, he was unable to regulate his insulin levels by eating or taking breaks, which negatively impacted his health.

The facts of this case highlight the difference between ‘direct’ and ‘indirect’ discrimination.

Mr Ferris argued that the aggravation of his condition of diabetes caused him to be irritable, short tempered and unable to properly attend to his work, and these manifestations of his disability led to the acts which were relied upon to support the dismissal.

The definition of “disability” in the Equal Opportunity Act 2010 (Vic) expressly includes “behaviour that is a symptom or manifestation of a disability”. As the High Court held in Purvis v New South Wales (Department of Education and Training) [2003] HCA 62: “To interpret the definition of ‘disability’ as referring only to the underlying disorder undermines the utility of the discrimination prohibition in the case of hidden impairment.”

The Supreme Court of Appeal recently upheld the Tribunal’s decision, finding that it was far too speculative to suggest that the disciplinary charge arising out of his abusive treatment of a prisoner was a manifestation of his condition of diabetes.

However, whilst dismissing his claim of direct discrimination, the Victorian Supreme Court of Appeal upheld the Tribunal’s finding that the employer had indirectly discriminated against Mr Ferris as he was required to work unreasonable hours which disadvantaged him as a diabetic. A large increase in the number of prisoners led to an increased workload, meaning he was not able to take appropriate breaks or regulate his diet, and the workload caused him stress.

Importantly Judge Harbison noted that the employer should have followed up with Mr Ferris when it noticed the medical section on his employment form was left blank. Mr Ferris gave evidence that at the time he applied for the job, he did not consider that his diabetes affected his abilities and he did not regard it as a disability. Because of his failure to disclose his condition, Mr Ferris was therefore unaware of the procedures the employer had in place to deal with medical conditions that would have prevented the discrimination from occurring.

Approximately 2.1 million Australians of working age (15 – 64 years) have a disability. Only a small proportion use a wheelchair, cane, crutches or walker which signals the existence of a disability. More often than not, disabilities are not visible or immediately obvious to others, such as mental illness, chronic pain or diabetes. While it may be tempting for employers to think that avoiding any knowledge of an employee’s condition is the best way to avoid liability, employers can still be found to have unlawfully discriminated against employees, even when the employer was not aware of the employee’s disability.