We have spoken a few times this year in general terms about penalty rates, but I wanted to make some specific comments on the restaurant industry.    I have advised many restaurants, and have concerns that their industry groups are focusing too much attention on political lobbying regarding Modern Award conditions and penalty rates.   I believe the answer is collective bargaining rather than political activism.  Their ‘crusade’ against penalty rates (much like the original ‘crusades’) is a time and resource wasting ideological suicide mission.  It’s time for some common sense and business realism.   As discussed in this post, the Coallition do not currently hold enough power to abolish penalty rates, and even if they did they are  aware that the probable political consequences would be  catastrophic.  Meanwhile the Fair Work Commission, while demonstrating some signs of reasonableness, have indicated that individuals’ ‘reliance’ on minimum wage conditions is a key consideration.  It is not consistent with a ‘fair go all round’ to significantly slash people’s wages from one day to the next, especially those relying on low incomes.

Operators should therefore accept that if they are currently paying an employee x dollars per week to do a certain job each week, this figure is not going to reduce.   Those looking to improve their business need to look forward, not back, and need to search for more lateral methods of controlling the costs of employment than holding out for a government to deliver them a reduction in minimum wages.

The reason workplace agreement making has fallen out of fashion in the industry since the ALP’s ‘forward with fairness’ policy is due to the ‘BOOT’ test, the obligation to ensure that all employees  are ‘better off overall’ under the agreement.    Again, some form of ‘BOOT’ analysis will always form part of a negotiation, but that does not mean that the business itself needs to be ‘worse off’.  It’s simply a case of identifying the operational benefits to the business.  For most operators, an enterprise agreement with their employees will easily achieve everything they could possibly could have achieved through political activism, plus a range of  other benefits and customisations that changes to the award will not.

The past 5 years have been tough for most hospitality operators.  Rising costs across the sector throughout an era of declining consumer spend has put the squeeze on all but the very fortunate.  The Modern Award, while supposedly delivering us ‘fairness’, has actually cast much of the industry into panic and confusion.  Auditors at the Fair Work Ombudsman have had restaurants and cafés in their cross-hairs for several years, and have been taking down operators one by one in the confusion.  In a recent Federal Circuit Court Decision, companies operating two Pizza franchises were ordered to pay $80,000 to staff in unpaid entitlements, and $140,000 each in fines, with the Director of both companies fined $55,000 in his personal capacity. While this is an extreme case, it is reported by most hospitality operators that compliance with the modern award is one of the biggest employment challenges they face.  Many justifiably fear the consequences of breaching the award, and being forced to retrospectively prove compliance to the Ombudsman or disgruntled former employees.  This can be both time consuming, inconvenient and potentially costly if past breaches are discovered.   Proactive employers in the industry are taking these factors into their own hands – by crafting agreements with their key personnel that are saving them time and money on administration, increasing certainty, transparency and loyalty in the workplace, and above all ensuring compliance within this excessively complex national framework.

The problems of the Restaurant Award 2010

Payroll administration costs, even for small businesses, have skyrocketed since 2010 for businesses that have attempted to comply with the Award.  This is not only due to the time given to understanding and correctly applying penalty rates, classifications and ages for each employee, but the cost and time involved in processing hours each week.  A standard 8 hour shift can pass through four to five different penalty rates.  A small minority of employers are prepared to spend the time to get this process right.  But even they are giving their employees payslips that often can’t be understood, causing unnecessary enquiries from employees.   Errors are commonplace, leading to back payments and further administrative cost.  These can cause suspicion and often damage to important relationships.  The majority of hospitality staff (certainly those who are doing the longer hours and commit to their employers on the higher levels) indicate a preference for an end to penalty rates, and the application of a more generous flat rate across the board, making agreement very achievable.   Those operators who have chosen to bargain an Enterprise Agreement with their employees have reported that the legal costs of the process are paid back in just a few months by the creation of the more streamlined and error free payroll process. 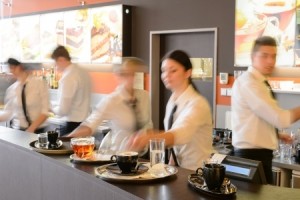 A misunderstanding of the nature of the industry from the drafters of the award has resulted in a definition of ‘Part Time’ which is an awkward fit with the industrial reality.  Operators report a common frustration that staff members who they genuinely consider to be permanent part time are entitled under the award the to a 25% casual loading, normally because of little more than logistical technicalities under the award.  These include rostering timelines and shift flexibility, trading conditions and the occasional need for staff to work shorter shifts, or because the employees are not available all year round.  Often, it is the flexibility needs of the employees themselves that result in a requirement for casual loading.  A carefully crafted agreement toward flexibility has the potential to save thousands of dollars per month to even a small employer, while improving certainty and loyalty at the workplace. 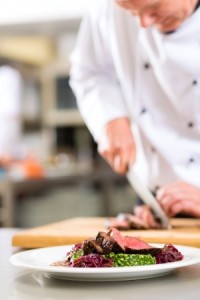 There are over 8,000 restaurants and cafes in Australia, each of them unique. The process of   bargaining and drafting an enterprise agreement provides a unique opportunity to allow experienced workplace lawyers, hospitality experts and change management professionals to assess the ongoing health of a businesses employment systems, and offer advice as to the way forward. On top of the general trends discussed above, there is always a specific solution to your business needs.

For more info about how easy the enterprise bargaining process read this post from last year.   Or visit us at pcclawyers.com.au

Following the leader, is a pinch of salt quite enough?
Elite performance and bullying at work – are some people flying over the radar…?