Perhaps the most alarming finding of recent Royal Commission into Institutional response to child abuse has been the fact that some of the ‘elite’ institutions, regarded by many as a society’s leading organisations,  have turned the blindest of eyes to the activities of their employees.  This is  proof that whatever our contemporary conceptions of equality may be, the ‘sweeping under the carpet’ instinct is still alive and strong in the ‘upper’ echelons of society .  But in some respects, the same thing is happening on an individual level in Australian workplaces.  While it would seem that we have made great progress stamping bullying out of the workplace, it still seems that certain individuals remain insulated from sanction.

In some professional circles, normally those pursuing high performance, elite, and critical activities, the employee’s status at work and the importance of the tasks performed allow them to fly ‘over’ the radar.  I remember that me and friends of mine, as a junior female solicitors years ago,  had to accept that those elderly male partners billing $2M per year could get away with abusively sharp tongues or lecherously wandering hands – those in the mail room could not.  This was never considered an issue of inequality – it was good business, because the firm needed that $2M more than it needed its mail.   But there is plenty of evidence that this type of double standard still effects our current conceptions of workplace bullying.  This article demonstrates that the medical profession is certainly an offender, as does this blog post a few months ago regarding sexual harassment in the medical industry.   But there is no better example than our own former PM Kevin Rudd, whilst still buzzing on the brief high of Kevin07, conducting himself in an abusive manner towards air force employees.

But is status or social inequality really to blame for this?  One of the trends I have observed, (as well as some of the very worst individual acts of bullying), has been inside the Not for Profit organizations.   Generally this conduct is amongst volunteers, working altruistically for the benefit of a good cause.  In some ways it seems counter-intuitive that bullying would occur in this context at all yet I’ve seen it regularly. 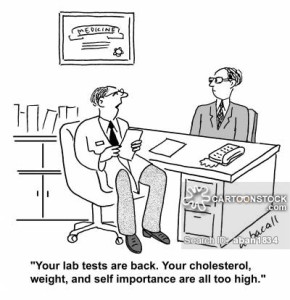 But while there is a radical difference between the prestigeoius and highfaultin professions such as law, medicine, and politics and the humble and altruistic charity workers and volunteer parents, there is one thread that ties them together: self-importance.  It’s when someone allows themselves to consider what they are doing more important than anything else that standards of decency and compassion go out the window, and the bully emerges.  Whether that be running a country, a school uniform co-op, performing open heart surgery, raising money for cancer, or billing clients millions of dollars a year.  A healthy workplace does not require ‘equality’, it just requires a little ‘perspective’.

Hospitality and the Penalty Rates debate – are industry groups barking up the wrong tree?
FWC minimum wage increase – what does it really mean?