International Women’s Day falls on the 8th of March each year and was created at the turn of the twentieth century to bring attention to and promote issues of equal rights in employment and suffrage for women. We have come a long way since then, with women being given the right to vote in all Australian states by 1908, the right to control reproduction with the introduction of the contraceptive pill by 1961 and being granted equal pay for equal work with the decision of the Commonwealth Conciliation and Arbitration Commission in 1969. The introduction of anti-discrimination legislation on both a state and federal level throughout the 70s and 80s made it unlawful to discriminate against a person based on their sex. However, despite these accomplishments, we still have many issues which are unique to women and where women are still at a significant disadvantage when compared with their male counterparts.

This year, the United Nations will celebrate International Women’s Day with the theme ‘Planet 50 by 2030: Step It Up for Gender Equality’, which aims to ensure that all girls have free and quality education by 2030 and that all forms of discrimination and violence against women end. Organisations across Australia and the rest of the world will be holding events to recognise the achievements of women and the steps that we can take towards eliminating all types of gender bias and discrimination.

2016 is also the year of the Rio Olympics. Given that a large amount of attention will be given to sport and in particular, women’s sport this year, I will take the opportunity afforded by the occasion to shine a light on the injustices and struggles that our sportswomen face on a daily basis: from their reduced salaries to their inferior travel arrangements and their struggle to remain elite athletes whilst working or studying full time.

In June last year, the Matildas, Australia’s national football team, progressed to the World Cup quarter finals, making history to become the first Australian team, men or women’s, to win a knockout stage match at a World Cup. Whilst the success of the women did receive media attention, it was not in any way comparable to the attention the men received in 2014 when they failed to progress past the group stages. The Matildas built on their World Cup success, qualifying for the Rio Olympics last night and ending a 12-year drought which saw them miss out on the past two Olympic games. 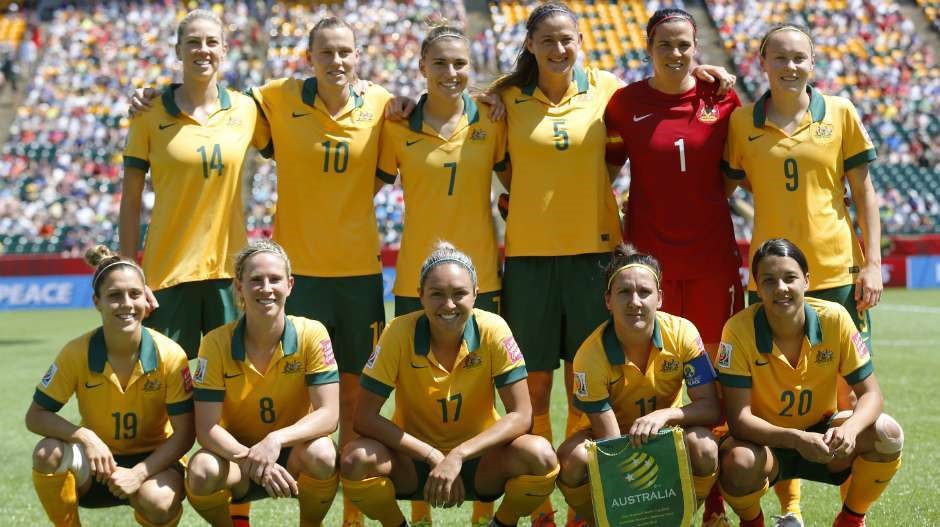 What is even more remarkable about the Matildas success is that the majority of the players have to work full time or part time jobs to support themselves outside of football, as the amount of money they are paid for being elite athletes does not cover their living expenses. The ones that aren’t working are studying so that once their football careers are over, they will have the skills to find other work, knowing that what they make during their football careers will not support them once they hang up their boots, unlike many of their male counterparts.

2015 was also a spectacular year for other women’s sports, with the Diamonds, Australia’s national netball team, taking out the Netball World Cup, the Southern Stars taking out the Ashes in cricket and Michelle Payne winning the Melbourne Cup, making her the first woman to ever do so. In addition, the NRL has established the Jillaroos, Australia’s national rugby league team, the AFL announced that a women’s AFL competition will start in 2017 and the women’s rugby sevens will debut later this year at the Rio Olympics. 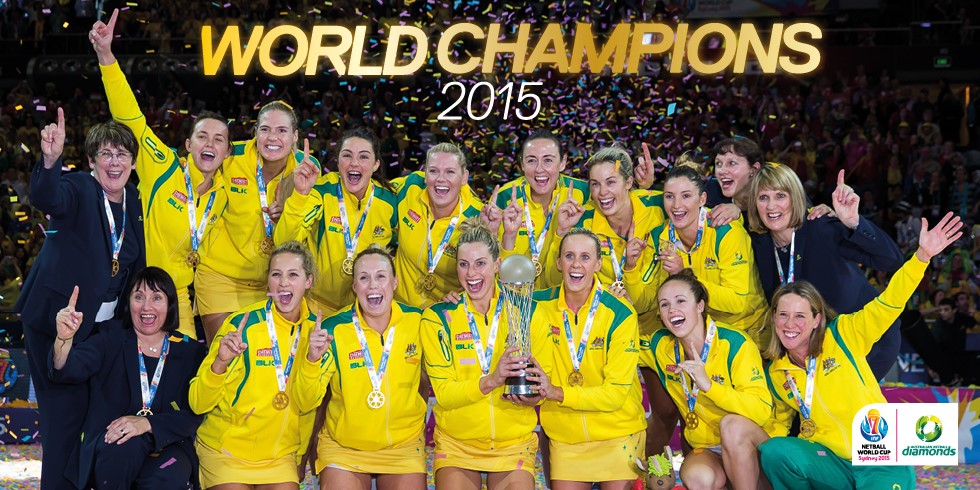 However, 2015 was also a trying time for women’s sport, with the Women’s National Basketball League and the W-League being cut from the ABC’s programming, following reduced funding from the Federal Government. In addition, the Matildas went on strike, refusing to participate in a tour of the USA in response to stalled pay negotiations with Football Federation Australia. It was revealed that at the time, women were earning just $21,000 a year despite being recognised as one of the best players in Australia and playing for their country on the international stage. In comparison, the national minimum wage for a full time worker is $34,159 per year. Stories emerged that some women’s players were cleaning toilets and lining up to receive CentreLink payments just so they could keep playing for their country. Teresa Polias, captain of Sydney FC W-League team and member of the Matildas said:

“We’re not asking for millions of dollars. We’re asking for minimum wage, to sustain our lives off the pitch to do well on it. It’s as simple as that.”

According to reports following the Matildas’ pay dispute, they were offered a two tiered deal with a minimum wage of $34,000. In comparison, the Socceroos, the men’s national football team, do not receive a guaranteed income from Football Federal Australia, but receive performance based bonuses, as well as salaries from their professional clubs. As an example, Tim Cahill, arguably one of the best men’s football players that Australia has ever produced, was earning approximately $27,000 per day playing for Chinese club, Shanghai Shenhua, more than what the Matildas were earning in a year. Whilst this is not intended to take away from the men’s achievements in any way whatsoever, it is a clear reflection of how sports people are valued based on their gender, rather than their achievements.

Whilst there is still an extremely long way to go before equality is achieved between men and women athletes, progress is being made by women athletes who are standing up and voicing their opinions on the issue and by institutions willing to invest in and support women’s sport. A good example of where pay equality has been achieved, is tennis, where men and women receive equal prize money in all four Grand Slams. This was a result of relentless campaigning by female tennis players, dating as far back as the 70s when Billie Jean King, winner of 39 Grand Slam titles started advocating for sexual equality in tennis. This was followed up in the 2000s when Venus and Serena Williams, two of the modern game’s most successful players, took the charge against pay inequality. 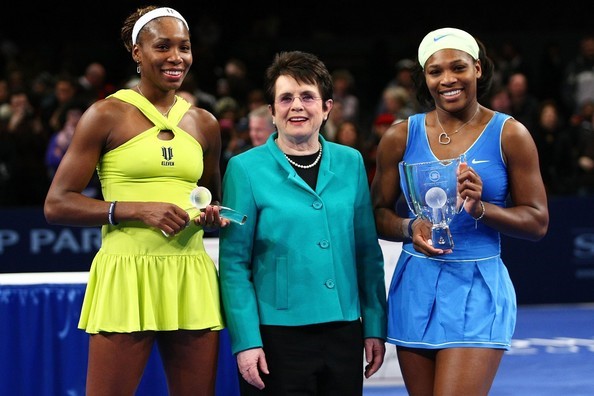 “In 2016, we can think of no defensible reason why male and female athletes should travel in different classes or stay in different standard accommodation when attending major international sporting events. The ASC is now proposing to make gender-neutral travel policies for senior major championships a condition of investment by the ASC in sport.”

This came on the back of criticism received by Basketball Australia in 2012 when it was revealed that the women’s basketball team, the Opals, travelled in economy class to the London Olympics whilst the men’s team, the Boomers, travelled in business class. By making it a requirement that men and women receive equal treatment when travelling overseas in order to qualify for government funding, it will hopefully go a long way toward ensuring that women are not treated differently than their male counterparts when attending overseas competitions. Over time, hopefully this will translate to equality in all facets of life as a sports person.

Following the Matildas’ World Cup success, PCC Lawyers, where I work as an employment solicitor, sat down to discuss what we could do to help support women in sport. Being a relatively small, boutique firm, we obviously don’t have the power of the Westfield’s and Hyundai’s of the world, however, were nonetheless determined to find a way that we could show our support of elite women competing in their chosen sports. Given that we are a female dominated workplace located in Sydney and all keenly follow football (or soccer as we call it), it seemed a good fit to forge a relationship with the Sydney FC Women’s W-League team. Thus begun our sponsorship of the women’s team, which saw our logo and name displayed on the women’s shirts and shorts and around the stadium at their home matches, in exchange for our support of the women. 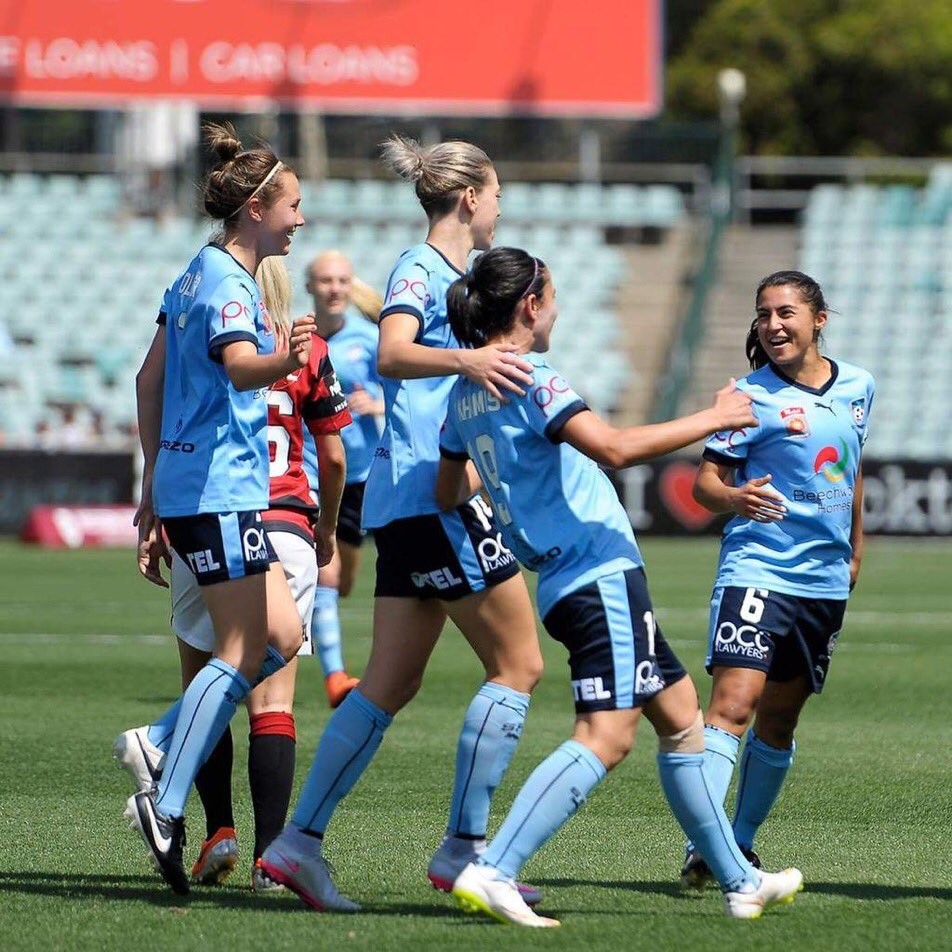 What we learned from our sponsorship of the Sydney FC W-League team is that women’s sport is in need of businesses recognising the investment opportunity afforded by sponsoring and supporting women in sport. Relentless campaigning by athletes of both sexes will only get us so far. It won’t be until the people behind official sporting bodies, government departments and businesses recognise that there is no reason why, in 2016, there is such a level of disparity between the genders, when we have been able to make so many advancements in other areas that affect women.

Hopefully, in the not so distant future, we will be able to look back on the unfairness and inequality that is faced by women athletes in the same way we look back at the time before 1908 when women were given the right to vote: with disbelief that it ever occurred and relief that it has now been remedied.

And so, with International Women’s Day now upon us, PCC Lawyers announces that, in our continued support of women in sport, we are offering pro-bono legal services to assist female athletes in their sporting endeavours. This applies to elite athletes who may be representing their country or state all the way down to junior and amateur girls and women who may be playing for recreation in local competitions. We aim, in whatever small way we can, to ensure women and girls are not kept from competing in their chosen sport because of financial pressures.

If you would like to enquire about whether we can assist you or know of someone who might need legal assistance in their sporting pursuits, please feel free to email info@pcclawyers.com.au or contact (02) 8436 2500.