For many years within the human resources world  ‘cultural fit’ has been a popular concept.  A way to describe the mysterious and  elusive je ne sais quoi that separates the employees who have a bright future in a company from the employees who don’t.   Often the term ‘poor cultural fit’ will be used to justify an employee being dismissed, not hired in the first place, or told that they are missing out on a promotion or advancement, often when there is no direct performance related justification for this decision.  In the modern era of anti-discrimination, it seems to have become the new politically correct way of telling employees “You’re doing an OK job, we just don’t like you very much”.

But is this practice lawful? I’m not convinced.

To answer this question we need to find out what exactly is the concept of organizational ‘culture’.  And what are the component parts that make someone a ‘cultural fit’?  This Harvard Business Review article attempts to define this idea in a manner which is consistent with modern standards.  While it admits that there are times where this phrase has been used in a discriminatory manner,  it is explained as due to misuse or misunderstanding of the concept.  Erika Anderson writing for Forbes describes the problem as employers who incorrectly understand ‘cultural fit’ to mean “being more like me”.  Applying the concept in this way leads to a bland, homogenous workplace culture, a lack of diversity amongst the team, and inevitably discrimination.  Both authors specifically state that smart recruitment with regard to a ‘cultural fit’, applied properly, doesn’t always result in the hiring of similar people.  But neither seem prepared to actually say what they think ‘cultural fit’ actually is.  The Forbes article offers this definition of ‘Corporate Culture’:

Patterns of accepted behaviour, and the beliefs and values that promote and reinforce them. 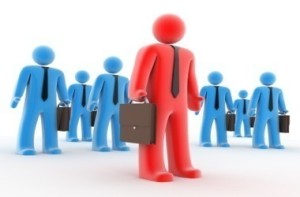 There’s nothing inherently offensive in that concept. But it still doesn’t tell us why it is specifically ‘cultural’ indicia as opposed to being related to ordinary workplace performance inicia.  Surely ‘patterns of behaviour, beliefs and values’ will typically manifest themselves as other measurable performance related criteria. Do we need to rely on ‘cultural fit’.  On the other hand, if we are genuinely talking about features of an employee that cannot be  measured by their performance in any way then there are some very dangerous aspects to making a ‘cultural’ assessment.  If it used purely motivationally, to make the team feel good about belonging, then that is fine,  but using ‘cultural fit’ to justify  concrete adverse decisions against individuals will inevitably lead to an unlawful form of discrimination.

Without wanting to state the obvious, these aspects of a person seem on the face of it basically ‘cultural’ in nature.  But that raises yet another question.  What is ‘culture’?  What do we actually mean when we describe ‘culture’.  It is itself an all encompassing and elusive term.   The Cambridge Online Dictionary defines ‘culture’ as being:

It seems hard to reconcile these without admitting that what defines a person’s ability to be a ‘cultural fit’ may often include many of the features prohibited by s 351.   So in order for an employer to take a lawful decision which is adverse to an employee on the basis of ‘cultural fit’, they would need to be able to prove that they made a decision based on the employee’s appropriateness to the company ‘way of life, general customs and beliefs’ while at the same time specifically excluding any consideration of  the employee’s ‘race, colour, sex, sexual preference, age, physical or mental disability, marital status, family or carer’s responsibilities, pregnancy, religion, political opinion, national extraction or social origin’. 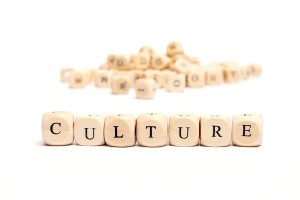 For a decision maker to even believe that this is possible would involve monumental effort in denial. To prove it in court would be almost impossible.  In particular, the characteristics of ‘religion’,  ‘political opinion’ and ‘social origin’ are likely to be given a wide operation in most courts, and are almost impossible to isolate from other aspects of an employee’s personality.  Often they are inherent aspects of a person’s self identity.  It is hard enough to isolate these when regarding our own personalities, let alone when assessing the ‘cultural fit’ of someone we hardly know.

I believe we should take the phrase ‘cultural fit’ out of our business vocabulary.   Employment decisions should be based on behaviours we observe, not attitudes that we presume. Focus on what the employees have done in the past, and on what they can or will do in the future?    Cultivate positive business behaviours, and let the ‘culture’ look after itself.